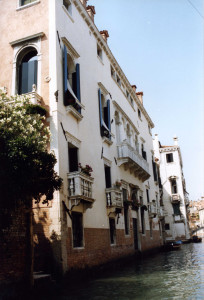 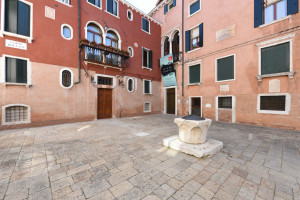 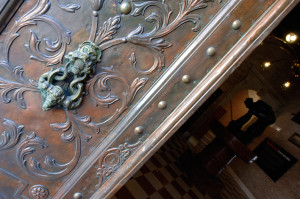 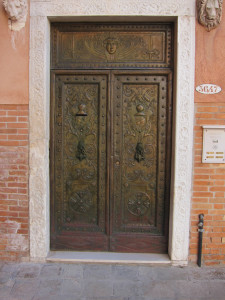 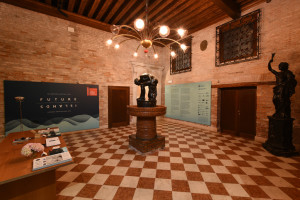 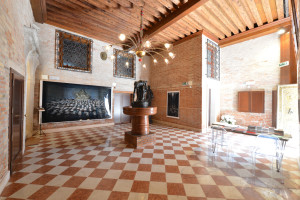 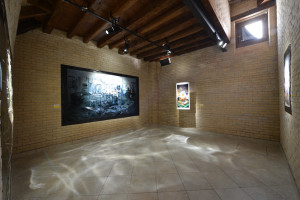 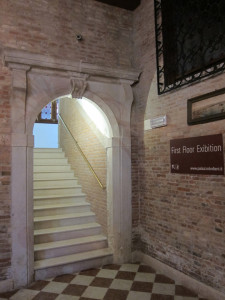 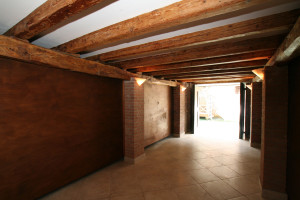 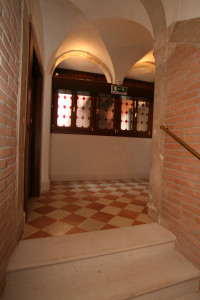 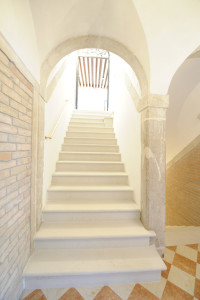 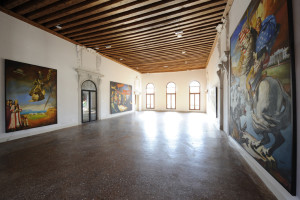 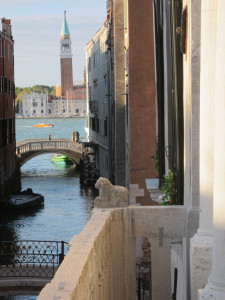 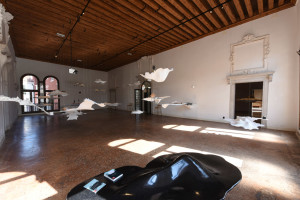 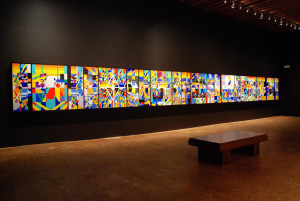 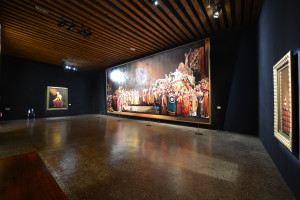 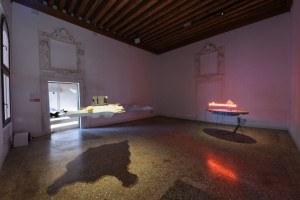 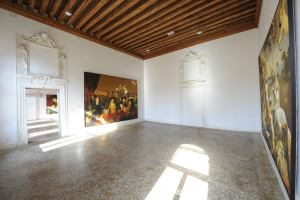 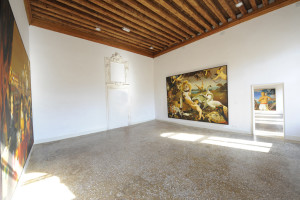 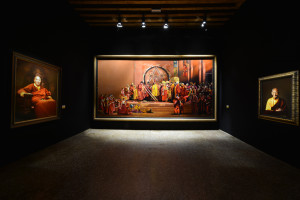 Historical information and bygone traditions remind us of a number of Palazzi Bollani in Venice.
Palazzo “Bollani”, located in Castello 3647, is a building whose monumental facade overlooks Rio della Pietà, whilst the other two facades constitute, respectively, one of the sides of Corte Bollani and part of one of the wings of the very narrow Calle Bollani; with reference to the other parts, the Palazzo is “wedged” between other buildings, and this is quite in keeping with the Venetian building fabric.
Mr. Cicogna discovered, in a Gradenigo Code, that a branch of the Bollani family, in a year not better specified in the seventeenth century, moved to San Trovaso, where one Antonio Bollani had built “a desirable residence at his own expense”. This leads us to believe that the move to the new building, of a later date compared to the one which the family already owned in Rio della Pietà, took place from the Castello one to the one in San Trovaso.
The structure of the Palazzo, typical of the Venetian houses, was    developed around the axis of symmetry which, on the ground floor, is identified with the entrance hall and the water side, from which the two monumental staircases lead up to the salon on the first and main floor, crossing the mezzanine floor and, in particular, the monumental staircase to the south, a further development to reach the second floor and attic.
The marble door of the main entrance, the one used to enter Corte Bollani, has been crafted in detail and appears to be misaligned, in relation to the entrance hall, due to a part of the building, almost certainly built afterwards, which went on to occupy a good half of the rear of the Palazzo, itself, and which wedged itself in on the north-west side of the latter.
There are still, however, admirable signs of the original, decorative elements in the stones set in the external part, which were catalogued and described by John Ruskin in The Stones of Venice The zoomorphic panel depicting Saint George fighting the dragon was quoted by Ruskin, situated on the side of the Corte Bollani and the hearthstone, indicated as “Nanto stone, 80×140, salamander in colour”; furthermore, a number of pateras, zoomorphic panels and crests have been quoted at nos. 179-180-181-182-183 of the Ruskin catalogue.
The building is, above all, an interesting Renaissance Palazzo, with an elegant, symmetrical composition, the structural facade is balanced both with reference to the development of its proportions, rather broader in the horizontal extension, as well as the restrained elegance of the pentaforum on the arched ceiling Ionic columns with the overlooking balcony, adorning the view over Rio della Pietà.
The Bollani family, even though they were not natives of our land, were, very soon well settled in Venice, due to the support given to the State and their illustrious studies, such as to be counted amongst the most important families in our city. Men of arms right from the times of the war with Chioggia, generous gentlemen in discharging the debts that the Republic had contracted with its citizenship, during more difficult times (as the brothers Tomaso and Nicolò Bollani did during the war with Chioggia and Maffeo Bollani during the Cambray League), experts in diplomacy, personalities in the Church and Senators, the Bollani family lived alongside men of Government, in spite of not directly performing the most important Magistratures.
A tradition which, from the fifteenth century, has accompanied the Bollani family is that of a life dedicated to study, and as such they were remembered as scholars by Paruta and Bembo, and enjoyed the friendship and regard of men of letters, such as Aretino and Ficino. The literary, philosophical and scientific studies were lovingly cultivated by this family, especially in the fifteenth and sixteenth centuries, when Venice also took part in that intellectual, classical movement which blossomed in many centres of cultural activity and which arose with some of the most eminent, patrician families. Candido Bollani, who lived in the first half of the sixteenth century, a scrupulous, scholar of literary and philosophical studies, was also dedicated to the astronomic sciences. Domenico, Bishop of Brescia, who lived in the mid sixteenth century, correspondent to the King of England, Edward VI, Chief Magistrate in Brescia and Udine, the city where the famous Bollani Arch was dedicated to him by Palladio (1556), alternated a life of study with diplomatic appointments and honorary missions which the Republic entrusted to him. Pietro Aretino lived for some months in the house in SS. Apostoli, overlooking the Grand Canal, and who became a friend of Bollani and wrote the latter a number of letters, in one of which he enthusiastically praised the enchanting position enjoyed by Palazzo Bollani, from whose windows he could enjoy the ever-changing and joyous entertainment of the Erberia every morning.
Another Prelate, Domenico, Bishop of Canea, nephew of the previous one, an eminent theologian, continued his family’s tradition of studies even into the seventeenth century, followed by Francesco Bollani, a man of letters and perhaps even a scholar of music, who wrote, amongst other pieces, the funeral oration in memory of Claudio Monteverdi, the famous Choirmaster of the Chapel in San Marco. Followed by many other famous scholars.